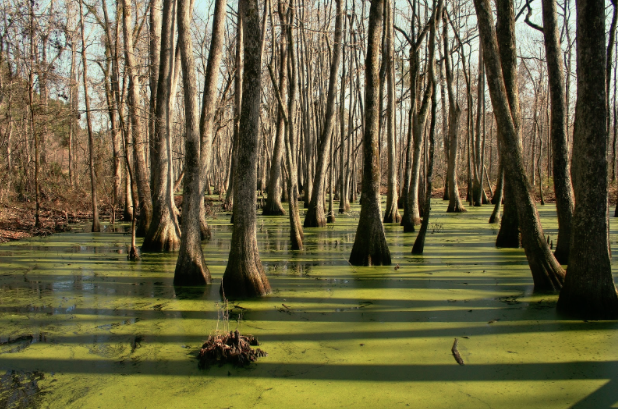 More than a hundred years ago, cotton was king in the Mississippi Delta. As far as the eye could see, palatial homes surrounded by rows of the white gold dominated the state. And for those who owned them, like Edmund Richardson, they amassed great wealth and became a part of the socially elite.

But the cotton industry also had a dark side.

The millions of slaves forced to harvest the cotton worked from sunrise to sunset with their only respite coming at the hands of death. They received no salary for their efforts. And they were in fact, at the very bottom of the social scale for picking the same crop that made their owners rich.

For them and the many who would follow, cotton quickly became a symbol of cruelty and oppression. And as soon as their children learned to walk, they too were thrust upon a life in the field, forced to carry as much cotton as their little bodies could handle.

And no one ever said thank you – until now.

Dr. Cassie Sade Turnipseed, of Indianola, has made it her mission in life to make sure no one forgets their struggle.  A history professor at Mississippi Valley State University, Turnipseed is determined to honor and preserve the rich and telling history of the black American experience in the Mississippi Delta by constructing the nation’s first museum dedicated to the cotton pickers of America.

“There is no documented official honor or historical acknowledgement of the people who literally tilled the path to America’s greatness,” she said. “Somewhere along the way, buried in the tear-soaked soils of the American South, the respect and honor for their hard-earned investment was lost. So, we have to do what we must to honor the legacy of those people who worked so hard all of their lives planting, chopping, picking and weaving cotton.”

Joyce Dixon-Lawson, a Historic Resources Specialist with the Mississippi Department of Archives and History, in Jackson, said prior to the Civil War, slave labor made cotton the “most profitable crop.”

“Slaves were required to pick cotton…regardless of weather or health,” she said. “After the Civil War, many plantations were lost because the once “private labor force” was not available. I do not use the flagship slogan “free labor” because like cotton, slaves were purchased property, thus the words “private labor force.”  Of course, many former slaves continued to work on plantations after the war, and picking cotton was a way of life. [And] these activities continued in the “share cropping” saga of legalized robbery.”

The proposed Cotton Pickers of America Monument and Sharecroppers Interpretive Center will feature a 30-foot statue of a family of three cotton pickers.

Turnipseed said the subjects of the structure, a father, mother and young son came from Dwight.

“It was his design idea,” she said. “But the concept for the overall monument is all inspired by the work of our ancestors. And this family is looking up over their left shoulder in anticipation of a brighter day.”

Dwight called his participation in the project an “honor“.

“This [is a] historically important project for the Mississippi Delta,” he said. “It was with great excitement that I approached the design of this memorial to those black slaves, freedmen and sharecroppers whose years of toil and labor, picked the cotton, farmed the land, built and enriched America for nothing in return.”

Malcolm White, Director of the Mississippi Development Authority, said such a testament is long overdue.

“The legacy of the hardworking men and women who were the engine of the agricultural economy and creative spirit of this region is an important part of our history,” he said. “At Visit Mississippi, we are dedicated to telling the Mississippi story, no matter how complex. The Cotton Pickers of America monument is an opportunity to share our story and invite the world to experience our authentic history and how it has shaped our culture today.”

Turnipseed said the projected cost of the museum and monument is $26 million. One million has already been secured through private and public donations.

The slated location of the museum is 20-acres of prime cotton farmland on U.S. Highway 61 near Mound Bayou. The land acquisition is currently being negotiated.

With Turnipseed’s non-profit organization, Khafre Inc., as its administrator, the museum boasts a stellar board of directors including Mississippi’s native son, B.B. King, who replaced the late poet laureate Dr. Maya Angelou as the honorary chairman, the organization announced Friday.

Turnipseed said she met Angelou as a student at UC Berkeley in 1986, where Angelou headlined a sold-out event on campus.

“We kept in touch over the years and she would agree to every major endeavor that I would ask for her participation,“ Turnipseed said.

“I went…because she was someone very special in my life,” Turnipseed said. “The impact she had on all of her admirers and devotees was phenomenal. It was extremely important for me to be there.”

As the former Director of Education and Community Outreach for the B.B. King Museum and Interpretive Center in Indianola, Turnipseed said she has maintained a relationship with the blues legend throughout the years, and that he is a fitting symbol of what the cotton pickers monument embodies.

“B.B. King is the physical manifestation of Delta history,” she said. ”He is the byproduct of the cotton fields that we speak of and seek to honor…and there is no other person alive better suited for that position.”

Turnipseed said she hopes that once constructed, the museum will become part of the United States National Park Services registry.

“This would be a tangible way of saying thank you to the folks who made cotton…the number one industry in America,” she said. “And who infused the world with music, culture and a spirit of determination.”

A zealous proponent of preserving the African-American culture, Turnipseed has

worked with numerous Mississippi Delta and blues-based organizations, and she has been recognized for her many conservation efforts.

Born and raised in San Francisco, Turnipseed is the founder and executive director of Khafre Inc., a  non-profit organization – named for the Egyptian King – that brings free educational, artistic and cultural programs to the Mississippi Delta.

Turnipseed said her true passion is working with children, and in 2003, she established the Young Publisher’s Network (YPN) as an outlet for aspiring young writers to have their work published. She also initiated the Healthy U Gourmet Academy for Youth to promote healthier eating while explaining the historical import of “soul food.“

“My work is centered around helping young people embrace their history because they’re not being taught this in school,” she said.

And Turnipseed has embraced her history traveling extensively to Africa, where she worked as an official United States Representative for FESPACO, the largest film festival in that country.

In December 2013, she ran against incumbent Steve Rosenthal for mayor of Indianola winning 40 percent of the vote to Rosenthal’s 59.

In addition to her conservation and education endeavors, Turnipseed is currently the host of the locally generated talk show, “Delta Renaissance,” featured every Saturday night on WNBD/NBC 33 and Sundays on Delta Fox 10.

Sherry Nelson, Vice President and General Manager of WABG-TV/WNBD, said the program has been a “great outlet to promote the wonderful people and events of the Mississippi Delta.”

“A few years ago, Sade approached me about doing some form of promotion for the various Delta artists and events,” Nelson said. “She communicated her passion to promote the arts in the market and consulted with me regarding how her mission could be accomplished…and this resulted in the birth of…Delta Renaissance.”

The show launched in 2007, and has featured a large array of well-known musical artists and local talent from the Delta, as well as political, community and educational leaders.

A lifelong educator, Turnipseed has been very vocal when it comes to education in Mississippi, and it was she that introduced the notion of charter schools to former Gov. Haley Barbour.

“All around the country, we’re resistant to this thing called charter schools,” she said. “And for some reason, we feel that is a violation of civil rights or something, not understanding that this is an advancement to or a progression of the civil rights movement.”

Turnipseed told The Clarion-Ledger in 2013 that there is no question the public school system in Mississippi is failing.

“You don’t stay stuck in one spot,” she said. “But you can now take the opportunity to fully manage the schools. We, [as black people] lost when we integrated. We lost jobs. We lost the school buildings. We lost schools in our community. And the black teachers lost positions. And you look at all these failing school districts now, and I just scratch my head and wonder why you want to hold on to a failing school system when you have the chance to get in there and reconfigure and restructure it in a way that will work for you. This is our opportunity.”

Turnipseed plans to apply for charter school status as the founder of the Delta Arts and Technology Academy (DATA) in Indianola.

“We did submit a letter of intent the first go around,“ she said. “But there was a lot of confusion, and unanswered questions that even the Charter School Authorizer Board was unclear about. So, once we get a better understanding of the process, we plan to submit our application.”

DATA will be housed in the new facility owned by Khafre Inc. on Main Street and will employ retired educators and professionals from the Mississippi Delta.

“We’re signing up a total of 90 children for the first year and we’ll start with sixth, seventh and eighth graders and we’ll grow our own ninth through twelfth graders,” she said. “And even if the charter school people don’t authorize it. And I don’t see why they won’t, we can get credentialed as an independent school to do what we came to do and that’s help our kids find their passion.”

Turnipseed said both her parents were from McCool, in Attala County, and neither graduated from high school. They were sharecroppers before they moved to California, and yet, raised eight children who all went to college.

“They learned on their own and had successful lives,” she said. “We, as a people, have always been the one to teach each other. But we lost that ability with the whole integration of the school’s process. We just need to get back in the practice of setting up our own schools, developing our own curriculum and understanding what our children need to be successful entrepreneurs and leaders within their own community.”

The Color of Money a John W. Jones exhibit

Get updates, event information and more straight to your inbox.
Close Menu
×
×